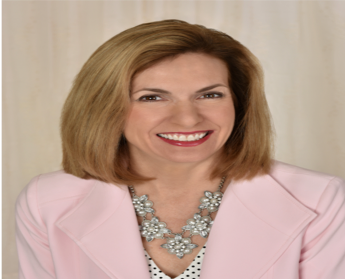 Director of Public Affairs for the Cox Southeast Region including Florida and Georgia. In this role, she oversees external media relations, community affairs and strategic partnerships to drive business development. Cox Communications is a broadband communications and entertainment company, providing digital video, internet, telephone, security and automation services to consumers and businesses in the area.

Kristin has worked in media for over 25 years, including broadcast and cable promotion, ad campaign development, media research, digital media and public relations. She began at Cox in 1998 as media research analyst then moved to marketing manager for Cox Communications and Cox Enterprises in Atlanta, serving as a media and brand consultant for Cox Radio, TV and Newspapers. Kristin was video product manager prior to her promotion to director of marketing communications for the Southeast Region. In 2016, Kristin transitioned to her current role. In addition to this, Kristin assisted the HR team by leading the “Brand Me” course for the region.

Kristin began her career in broadcast promotion at KNSD-TV, the NBC Owned & Operated station in San Diego. She managed daily on-air news promotion, public relations and community events. While there, she completed her Master of Science in Media Research, at San Diego State University. Afterwards, she taught courses in Business and Professional communications, broadcast writing and editing at University of West Florida. Kristin has a Bachelor of Journalism from University of Missouri.

Committed to her community, Kristin is currently a Board member of IMPACT 100, a mentor in the Executive Mentor program at UWF, and actively serving on the Board of Directors of the YMCA, the Baptist Healthcare Foundation, Escambia County Public Schools Foundation, and the Pensacola Chamber Military Affairs Board. She is past participant in Leadership Pensacola and Women in Cable Telecommunications. Longley is a CTAM Gold and Silver Mark Award winner, and a two-time Beacon Award winner from Association of Cable Communicators.

In her free time, Kristin enjoys skiing, bike riding and being on the water in Pensacola with her husband, Rusty, and two boys. 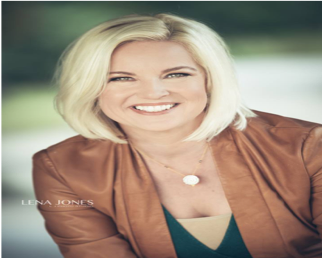 In her position as communications and public relations director for the Levin, Papantonio Law Firm, Mollye is responsible for a variety of tasks, including legal reporting for the television news shows, “America’s Lawyer” and “Boom Bust,” broadcast on the international television channel RT-America, as well as for the progressive online news site, “Ring of Fire.”

Mollye also assists in marketing the firm’s legal accomplishments, and charitable donations, as well as coordinating staff involvement with community events and projects that benefit the most vulnerable in the community.

In addition to her position at the firm, Mollye is a freelance journalist, writing articles and producing programs for a variety of Gulf Coast based print and broadcast media outlets, including the Pensacola News Journal, the Inweekly, Bella Magazine and WSRE, the local PBS station. She is also regularly invited to emcee and moderate various public engagement events and awards ceremonies, as well as co-host local radio and television programs.

Mollye graduated from the University of West Florida in 1996 with a Bachelor’s degree in Communications. For the next twenty years, she became an accomplished and award-winning broadcast journalist, reporting and anchoring for the ABC affiliate, WEAR-TV 3, in Pensacola.

During that time, Mollye co-authored the true crime novel, “A Perversion of Justice,” the story of two young brothers convicted of murdering their father. The high profile homicide continues to be of national interest and Mollye has appeared on a variety of news magazine shows to talk about the case.

She also earned an investigative award from the Florida Associated Press Broadcasters competition for “Secrets in the Schoolhouse,” a series of reports on alleged abuse at private schools.

Mollye is active in the community, as a member of the Baptist Health Care Foundation’s Board of Directors, a non-profit, charitable organization. She also assisted in supporting and promoting a free medical clinic for 2,000 indigent patients in Pensacola, and helped develop the public education campaign, “Better Way to Give,” an initiative to raise awareness about homelessness and panhandling, that was adopted by the City of Pensacola. 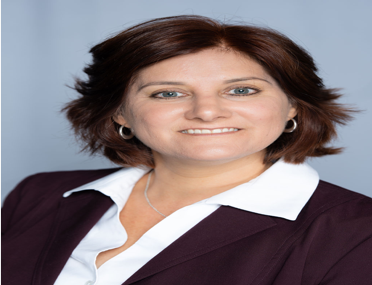 Kolleen Edwards Chesley has 25 years of experience in the financial services industry and spent the majority of her career as a financial advisor. In that role, Kolleen was responsible for finding her own clients and quickly learned the value of networking, networking, and even more networking. It was in 2004 and during her sales career that she, along with two other professional business women met for lunch with the purpose of helping to motivate each other after Hurricane Ivan had blown through our area and changed not only the physical landscape of the area, but also impacted the business landscape as well. Out of that lunch was born what is now a thriving not-for-profit organization for business women.

Kolleen has been at the helm of the organization since its inception in 2004 and currently serves full-time as the Founding Director of what was originally called Women’s Business Lunch and is now known as Powerful Women of the Gulf Coast. The organization advocates a culture of confidence building, lifelong learning, collaboration, empowering others and a spirit of charitable giving.

Kolleen also is a frequent public speaker on topics including leadership, referral generation, networking, and the importance of women in business.

She is married to Alex and they enjoy attending NASCAR events, going to concerts, and their fur-baby Bailey. 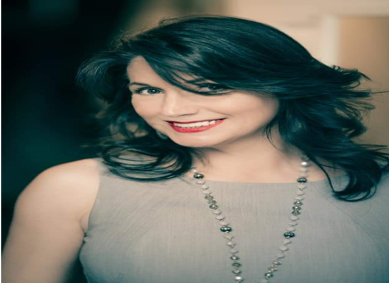 Michelle Salzman served in the Army and transitioned as a Wounded Warrior into the civilian community by completing a degree in Computer Analytics as well as one in Business Administration. She sits on several boards throughout the community and her leadership efforts have led to fundraising millions of dollars and hundreds of thousand community service hours over the past several years.

For over a decade she served dozens of boards for local organizations and has also served as the County level PTA President as well as served on the State Florida PTA Board of Directors. She was named the 2015, 2017 and 2018 IN Weekly Volunteer of the Year, as well as being nominated for Volunteer of the Year through the Association of Fundraising Professionals. Michelle follows her heart to help those who cannot help themselves, leading her to focus on children, families in poverty and her fellow veterans. 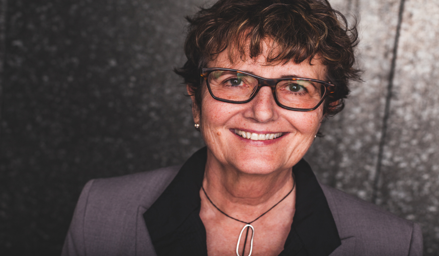 In September 2014, they pre-sold two style of boxers briefs for Women and sold out in two weeks. They have never looked back. TomboyX has since refocused solely into the underwear/ loungewear market and is thriving on the fact that people of all shapes and sizes want to be part of a brand that stands for values they share.

Their customers continually prove that there is a toughness required to express your individuality- the defining characteristics of a tomboy.

Today TomboyX has 25 employees and continues to grow 100% year over year! 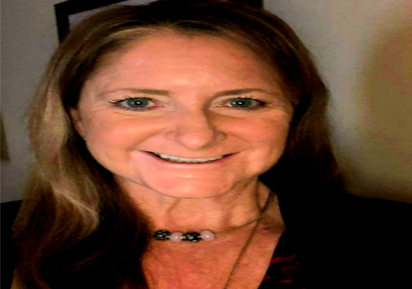 With over 30 years of nursing experience, Ms. Solt began her career in the civilian sector as a staff nurse at an Urgent Care Center. Being married to an Active Duty Navy C.B., she an opportunity experience many clinical settings during each PCS. Her practice encompassed a broad range of clinical and administrative experience that includes Med/Surg, Neuro/Ortho, Rehabilitation, Quality Management, Staff development and Ambulatory Care Nursing. She has served in leadership roles as the Director of Case Management & Vocational Rehabilitation for a civilian national managed care company. Her VA career began in January 2008 where she has served as a staff developer for Primary Care, Chief Nurse for Education, Chief of the Facility Education Department/Designated Learning Officer (DLO) and Chief Nurse for Ambulatory Care.

From 2014-2016 as the Associate Director for Patient Care Services/Nurse Executive (ADPCS/NE) at Central Alabama Veterans Health Care System (CAVHCS); during this time, she was appointed as Interim Medical Center Director for 6 months and from 2016-2018, she served as the Nursing Director the VHA Interim Staffing Program, Travel Nurse Corps Division.

She holds a Masters of Nursing (MSN) with an emphasis in Executive Administration from the University of South Alabama, a Bachelor of Science in Nursing (BSN) from William Carey University and currently enrolled in a Doctorate of Nursing Practice (DNP) at the University of Alabama at Birmingham. She holds national certifications in the following areas: Nurse Executive Advanced (NEA-BC), Certified Rehabilitation Registered Nurse (CRRN), Certified Case Manager (CCM), and Board Certification in Professional Staff Development (RN-BC). She received Lean Six Sigma Green and Black Belt certificates.

She is an Alumni of the VHA Health Care Leadership Development Program (HCLDP), the 30th Interagency Institute for Federal Health Care Executives and was selected to attend the 2019 Federal Executive Institute (FEI). In February of 2019, she achieved designation as a Fellow American College of Healthcare Executives (FACHE).

She is most proud of her of her family, a thirty-year marriage to Kyle Solt and her two children, two grandchildren, three dogs and one cat. 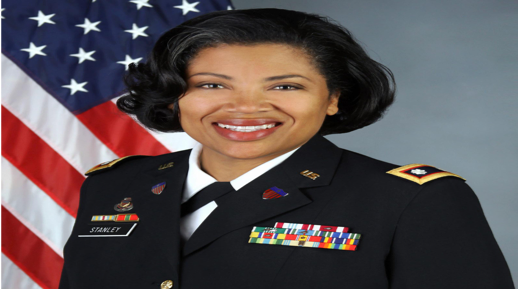 Dr. Eurydice served nearly 28 years in the Army, retiring as a Lieutenant Colonel in 2014.  She takes great pride in the fact that her assignments focused on developing and taking care of soldiers as a Senior Human Resources Officer. She trained leaders in every component at every rank, from Privates to 4-star Generals, in the areas of leadership, human relations, diversity, inclusion, public affairs, and education. She conducted the bulk of her training as an Instructor and International Officer at the Defense Equal Opportunity Management Institute (DEOMI) at Patrick Air Force Base, Florida. Later, she conducted equal opportunity training for Lieutenant General Roger C. Schultz as the Equal Opportunity Officer for the Army National Guard Directorate. Her final equal opportunity position was serving as the Army Equal Opportunity Program Manager for the National Guard Bureau.

Commitment to duty and innovative training methods resulted in numerous military awards, to include the Defense Distinguished Service Medal and a Diversity Meritorious Service Award from the Department of Defense. Additionally, LTC Stanley received awards from the state of Florida and Mississippi for exceptional support of eight hurricane operations during the Gulf Coast “Summer of Storms” from 2004-2005. While serving as Reserve Component Advisor (RCA) at the Defense Activity for Non-Traditional Education Support (DANTES) in Pensacola, Florida, LTC Stanley was featured on the cover of Military Advanced Education (April 2013) for developing a training program developed to encourage Service Members to pursue their educations. While serving as RCA, LTC Stanley was selected as the first military advisor for the Monument to Women Veterans. Of her awards, she is most proud of being honored as one of five "Moms Who Serve" on Morning Express with Robin Meade for Mother's Day.

Since military retirement, Eurydice continues to serve. She is developing Lamp Press, a publishing company established to “shine the light” on underrepresented stories in history in memory of her brothers. She is a member of Alpha Kappa Alpha Sorority, Incorporated and a Distinguished Toastmaster in Toastmasters, International, where she enjoys helping people overcome their fear of public speaking. Most importantly, she cherishes time spent with her children, Grace, age 16 and Christian, 13, her inspirational muses.